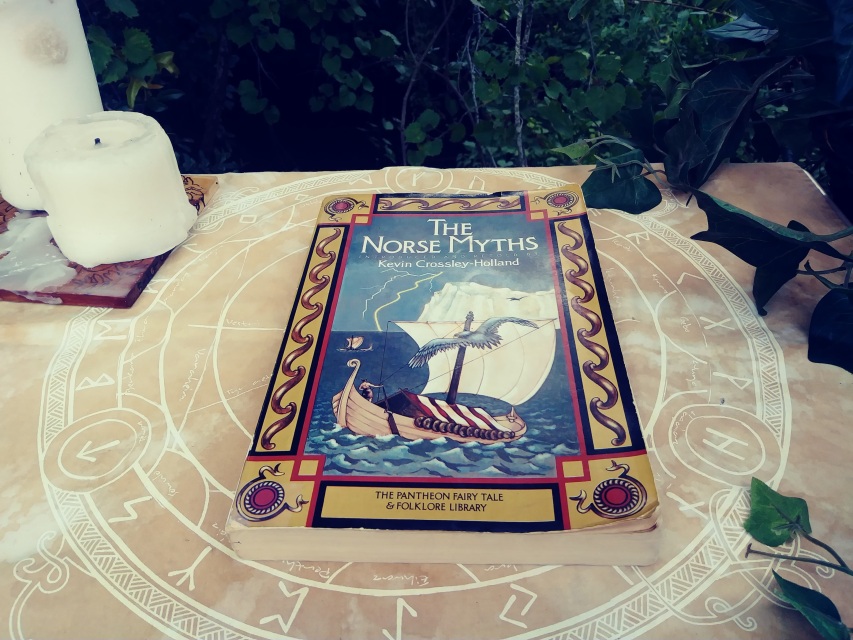 Thirty-two classic myths that bring the Viking world vividly to life. The mythic legacy of the Scandinavians includes a cycle of stories filled with magnificent images from pre-Christian Europe. Gods, humans, and monstrous beasts engage in prodigious drinking bouts, contests of strength, greedy schemes for gold, and lusty encounters. The Norse pantheon includes Odin, the wisest and most fearsome of the gods; Thor, the thundering powerhouse; and the exquisite, magic-wielding Freyja. Their loves, wars, and adventures take us through worlds both mortal and divine, culminating in a blazing doomsday for gods and humans alike. These stories bear witness to the courage, passion, and boundless spirit that were hallmarks of the Norse world.

“Kevin Crossley-Holland retells the Norse myths in clear, attractive prose . . .An excellent introduction, notes, and a glossary provide mythological and historical backgrounds and suggest parallels with myths in other parts of the world.”