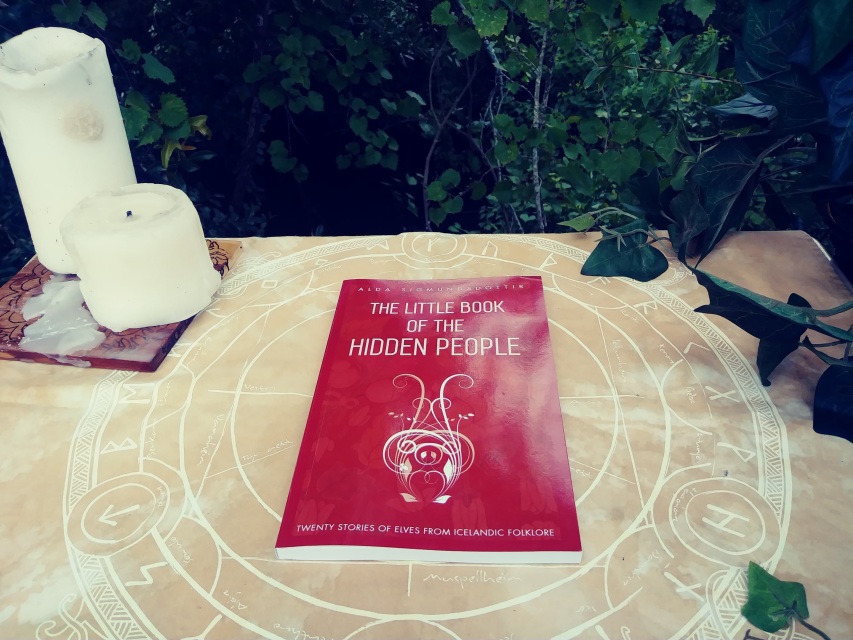 The Little Book of the Hidden People

The Little Book of Hidden People: Twenty stories of Elves from Icelandic folklore

Icelandic folklore is rife with tales of elves and hidden people that inhabited hills and rocks in the landscape. But what do those elf stories really tell us about the Iceland of old and the people who lived there? This book presents twenty translated elf stories from Icelandic folklore, along with fascinating notes on the context from which they sprung.The international media has had a particular infatuation with the Icelanders’ elf belief, generally using it to propagate some kind of “kooky Icelanders” myth. Yet Iceland’s elf folklore, at its core, reflects the plight of a nation living in abject poverty on the edge of the inhabitable world, and its people’s heroic efforts to survive, physically, emotionally and spiritually. That is what the stories of the elves, or hidden people, are really about.In a country that was, at times, virtually uninhabitable, where poverty was endemic and death and grief a part of daily life, the Icelanders nurtured a belief in a world that existed parallel to their own. This was the world of the hidden people, which more often than not was a projection of the most fervent dreams and desires of the human population. The hidden people lived inside hillocks, cliffs or boulders, very close to the abodes of the humans. Their homes were furnished with fine, sumptuous objects. Their clothes were luxurious, their adornments beautiful. Their livestock was better and fatter, their sheep yielded more wool than regular sheep, their crops were more bounteous. They even had supernatural powers: they could make themselves visible or invisible at will, and they could see the future. To the Icelanders, stories of elves and hidden people are an integral part of the cultural and psychological fabric of their nation. They are a part of their identity, a reflection of the struggles, hopes, resilience and endurance of their people. All this and more is the subject of this book.