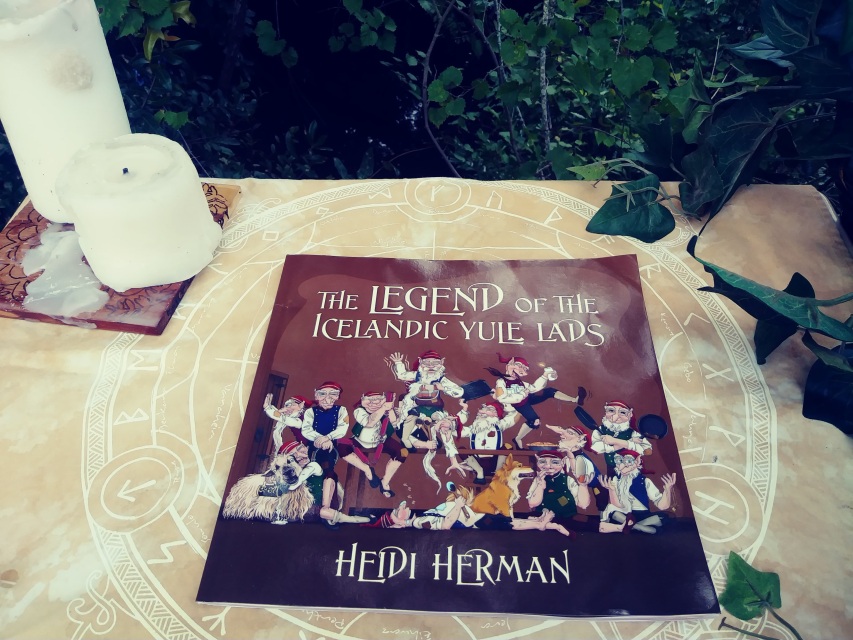 The Legend of the Icelandic Yule Lads

After accidentally being seen by a human, an Icelandic Yule Lad named Stekkjastaur finds he must rely on a young shepherd boy to keep his troll identity a secret. Stekkjastaur gives a gift just to ensure the child's silence, but the little boy's happiness makes Stekkjastaur happy as well. He learns that one of the greatest gifts you can receive is the joy in giving to someone else. One by one, the Yule Lads each take a break from his own mischief, and each one learns the happiness gained from gift-giving. Even from a source as unlikely as a troll, a selfish act wrapped up in the Christmas spirit can grow into something wonderful.

Iceland's rich history of legends and folktales featuring a host of mystical creatures is reflected in this unique Christmas tale about trolls. This modernized version of the Icelandic Yule Lads brings new life to a very old story.  The legend of the Yule Lads is well-known among Icelanders and has been passed down from generation to generation for over 1,500 years.The original tale was told to discourage bad behavior in youngsters and had a distinctly bogeyman vibe. After a law was passed in 1746 by the Danish government to prohibit parents from terrorizing their children with the Yule Lad stories (and their ogre-mother, Gryla), the Yule Lads gradually became the mischievous pranksters they are in modern stories.